The County of Santa Clara's Shelter-at-Home order remains in effect as some businesses are allowed to reopen with social distancing protocols in place. For local updates on the coronavirus (COVID-19) outbreak, visit SantaClaraCA.gov/CoronavirusUpdates.

The following chronicles some of SVACA’s milestones. Please visit our Facebook page to learn more about our history.

Nine rats were adopted including one that had been in a foster home since August of 2007.

On May 3, 2008, we held our second annual adoptathon, Celebrate Companion Animals, in conjunction with the North Shore Animal Rescue League. Hundreds attended and five rescue groups participated. Over twenty animals were adopted due to the event. Thanks so much to all who donated their time and/or items to make the event such a wonderful success! We hope to see everyone again next year! 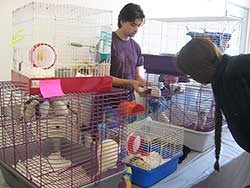 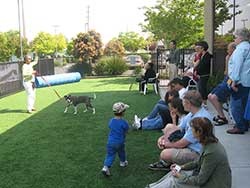